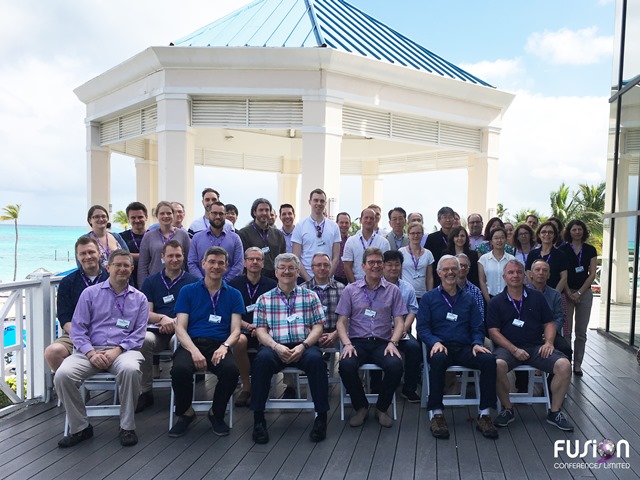 After a period of leisure time in a beautiful environment the scientific part of the day continued by lectures about N2O and NO activation starting with a plenary talk by Karsten Meyer (Friedrich Alexander University Erlangen-Nürnberg) on the redox-behavior and electronic structures of iron-NO complexes. Timothy H. Warren
(Georgetown University) discussed the conversion of NO in the coordination sphere of copper centers and Neal Mankad (University of Illinois at Chicago) bioinspired N2O activation at polynuclear copper entities. Trevor Hayton (UC Santa Barbara) finished the day illustrating the reaction of N2O with nickel sulfide moieties.

The next morning started with the binding and activation of dinitrogen. Sven Schneider (Georg-August-Universität Göttingen) presented the results of electrochemical investigations, Oliver Einsle (University of Freiburg) revealed the tricks enzymes use for this purpose and Andrew Ashley (Imperial College London) talked about progress trying to replicate those with molecules.

The last session dealt with the utilization of cooperativity in small molecule activation. Connie Lu (University of Minnesota) and Eva Hevia (University of Strathclyde) discussed the influence of a second metal in direct or close proximity and Nathaniel Szymczak (University of Michigan) the effects of a Lewis acid.

There followed the poster session and a very enjoyable Gala dinner including the awarding of the poster prizes.

The last day started with a plenary lecture by David Milstein (Weizmann Institute of Science) on catalytic design based on metal-ligand cooperation followed by a presentation by Karl Kirchner (TU Wien) on the potential of iron hydride pincer complexes. Pincer complexes of earth abundant metals and their catalytic behavior also formed the topic of a lecture given by Lutz Gade (Universität Heidelberg). Finally Christian Limberg (Humboldt-Universität zu Berlin) presented models for intermediates formed by CO2-activating enzymes and the program was concluded by a plenary lecture given by William Evans (University of California, Irvine) illustrating the capabilities of reduced lanthanide complexes in the area of small molecule activation.

Hence, the conference gathered excellent scientists from all over the world covering a wide range of small molecule activation. It thus revealed common principles, prerequisites for catalysis and current trends/frontiers.
The conference venue allowed for a very relaxed atmosphere for discussion, networking, and setting up collaborations. Due to the high quality of the speakers and their lectures, they received the unshared attention of all participants – despite the temptations waiting outside the lecture halls.

The representatives of Fusion on site were most professional, helpful and reliable and at the same time pleasant to be with; all participants were very impressed with the high organization level of the meeting. There was general agreement among the participants that a fourth meeting should be organized for 2021 on the same topic, as progress is rapid in this field, which forms the basis of an efficient exploitation of our resources.
The meeting was sponsored by the GS Glovebox Systemtechnik, as well as by the journals Inorganic Chemistry, Organometallics, Accounts of Chemical Reseach (all American Chemical Society) and ZAAC (Wiley-VCH).