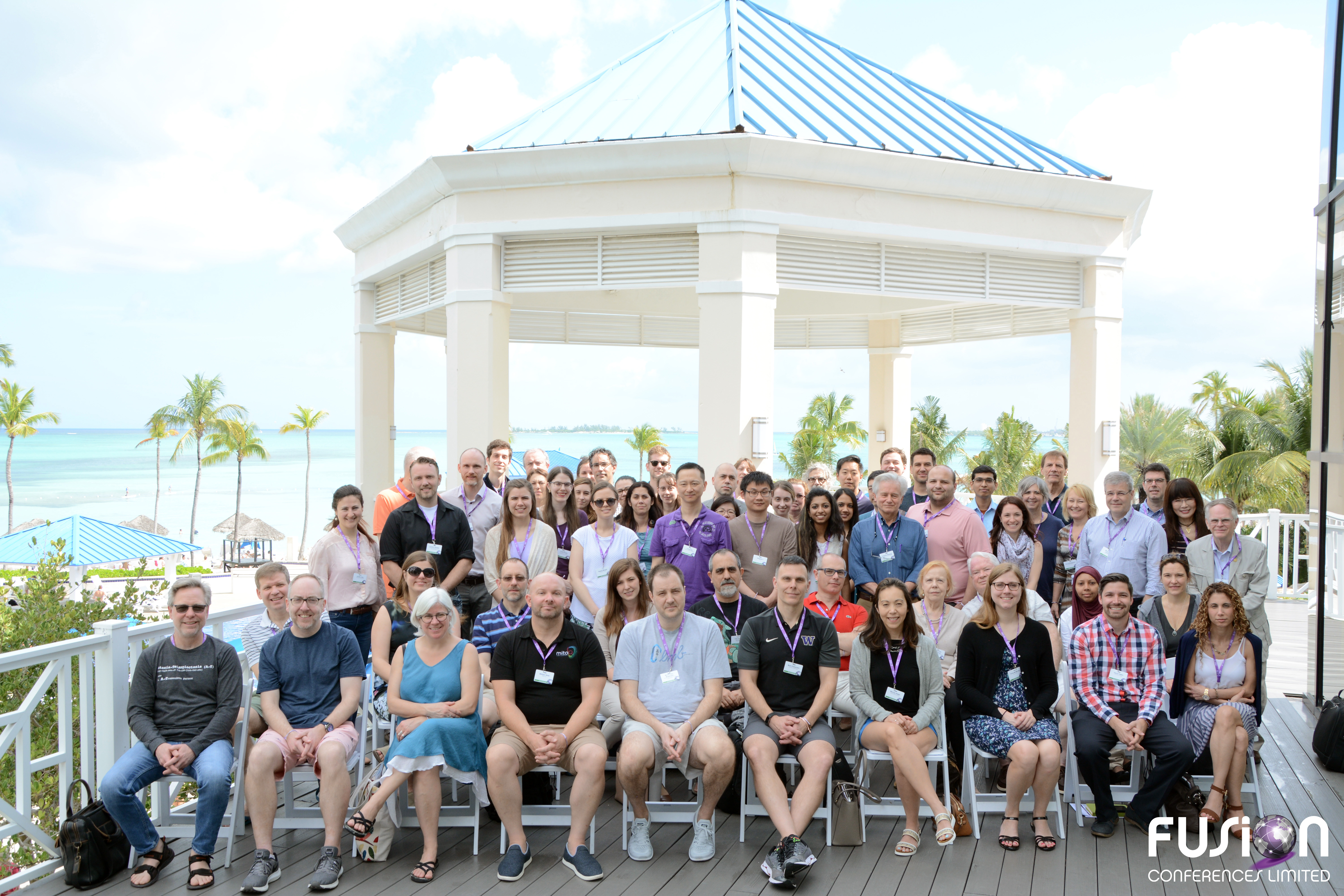 The first Mitochondria: From Basic Biology to Mechanisms of Disease Conference, which took place in Nassau, Bahamas from 27 February – 02 March, 2019, covered a breadth of mitochondrial biology from fundamental questions about mitochondrial structure and function to the role of these organelles in aging and disease. Conference chairs Dr. Marcia Haigis (Professor of Cell Biology, Harvard Medical School, Boston, MA, USA) and Dr. Matt Kaeberlein (Professor of Pathology, University of Washington, Seattle, WA, USA) brought together a diverse group of speakers all working on basic and clinical aspects of mitochondrial biology.

There was a total of 74 attendees (46% female, 54% male) from around the world, with the United States, Canada, UK, Italy, Finland, Switzerland, Spain, Germany, Ireland, Sweden and France are among the countries that were represented.  Participants were academic scientists (69%), industry scientists (11%), and students (20%), with nearly all attendees giving oral or platform presentations on cutting-edge research.

Mitochondria act at the interface of numerous processes critical for cellular function and organismal health. Recent years have seen a growing appreciation for the diverse roles that mitochondria play not only in energy production and metabolism, but also in maintenance of redox balance, regulation of gene expression, ion homeostasis, and control of cell fate.  Mitochondrial maintenance is critical for proper function of cells and tissues, and mitochondrial dysfunction underlies numerous disease processes ranging from severe childhood mitochondrial disorders, to heart disease, neurodegenerative disorders, cancer, and aging itself.

The 2019 meeting strove to synthesize major recent advances in mitochondrial research and to build new connections. The diverse audience, including many internationally distinguished speakers, and the lively discussions illustrated the importance of the theme. The success of the meeting is evident by the many new collaborations that came about.  Comments from participants of all career stages emphasised their wish to see the series continue.

“The scope of mitochondrial research was very wide, and it was fantastic to hear the variety of topics.”

The conference began with a tour de force Keynote presentation from Doug Wallace that discussed the role of mitochondrial dysfunction in many common diseases that are not often thought of as mitochondrial disorders, such as autism, diabetes, hypertension, and obesity.  This perfectly illustrated the importance of the topic and set the stage for the rest of the meeting.

The remainder of the first day focused on the role of mitochondria in aging and stem cells.  Mitochondrial dysfunction is one of the Hallmarks of Aging, and there are emerging overlaps between molecular mechanisms shared by mitochondrial disease and normative aging.  These include the importance of mTOR signaling and NAD homeostasis, as discussed by Will Mair and Johan Auwerx, respectively.  Yousin Suh presented an intriguing genetic signature among nuclear encoded mitochondrial genes that is associated with longevity in people, perhaps suggesting that mitochondrial variation plays a key role in determining human lifespan.

The theme of the second day was centered on mechanisms of severe mitochondrial disease and interventions that are currently being developed to treat these disorders.  Isha Jain spoke in the morning about the remarkable effects of hypoxia therapy to almost completely prevent disease progression in a mouse model of the childhood mitochondrial disorder Leigh Syndrome.

Later in the afternoon session, Thomas Langer returned to the topic of hypoxia and presented an intricate network of interactions to regulate mitochondrial structure and function involving hypoxic regulation of mTOR acting through phosphatidyl ethanolamine to control the activity of mitochondrial proteases.

These exciting sessions included breaks for discussions with refreshments and poster viewing.  A ‘Meet the Poster Presenters’ session right before lunch allowed each of the poster presenters to briefly introduce themselves and their research in a two minute flash talk. During the afternoon leisure time, participants sought relaxing conversations on the beautiful beach just outside the lecture room, went for a refreshing swim in the ocean, or saw the sights in beautiful Nassau.  Discussions often further took place over dinner that could be taken at several lovely restaurants in the hotel.

The third day featured morning and afternoon session on mitochondrial homeostasis and modes of metabolism.   A theme that wove throughout these sessions were the many different ways that mitochondria interact with the rest of the cell to maintain homeostasis through transmission of nucleic acid, protein, metabolite, and lipid signals.  Gerry Shadel presented a fascinating talk about how these communication networks can sometimes go haywire, such as when mitochondrial DNA escapes into the cytoplasm, which in turn induces the cGAS-STING innate immune response.  This response is normally important for detecting viral DNA, but in this context sensing of self-DNA as foreign causes a detrimental inflammatory response, which may be particularly problematic during aging, connecting back to the theme of day 1.  This interweaving of concepts and pathways among the different sessions was common throughout the meeting and led to much discussion between participants who thought they worked on very different research questions only find new commonalities.

The more energetic participants went on a snorkeling expedition during the free time in the afternoon while others took advantage of the wonderful weather to explore the beach and continue informal discussions outdoors.  The gala dinner featured live local entertainment, dancing, and awarding of the poster prizes.

The fourth day concluded the meeting with a session on crosstalk and communication, again emphasizing the way that mitochondria function within the context of cellular and organismal physiology.  Liming Pei gave a fantastic short talk as the final talk of the meeting on the application of single cell nuclear RNA-sequencing to study mitochondrial myopathy, uncovering dramatic changes in cell composition and metabolism during different stages of disease progression.

The closing comments from the organisers expressed their pleasure with the range of superb talks and discussion.  The meeting was attended by an enthusiastic and diverse audience, both with respect to stage of career, gender and nationality.

Interest in mitochondria, and appreciation for their importance in a broad range of conditions, continues to increase rapidly.  We anticipate that enthusiasm will be high for the next Fusion Mitochondria conference.

Congratulations to all of those who received an award, details of which can be found below.

We would also like to thank those who gave a short talk (selected from abstracts).

We thank our wonderful sponsors: MitoQ, ThermoFisher and The Company of Biologists.
The Journal of Cell Science and the Genetics Society were Media Partners. Their support was greatly appreciated and enabled us to fund many participants who otherwise may not have been able to attend.

“Thanks again for everything, it was a great meeting and we were delighted to sponsor and be able to assist with running it!” William Stow (MitoQ, Sponsor)

The meeting was expertly organized, smoothly run, and supported by Fusion Conferences, Ltd.  We thank Laura Trundle and her team for their helpful interactions with organisers and participants.

<- Previous
Wine and Wisdom in Portugal
Next ->
Sun, Sea and Science...