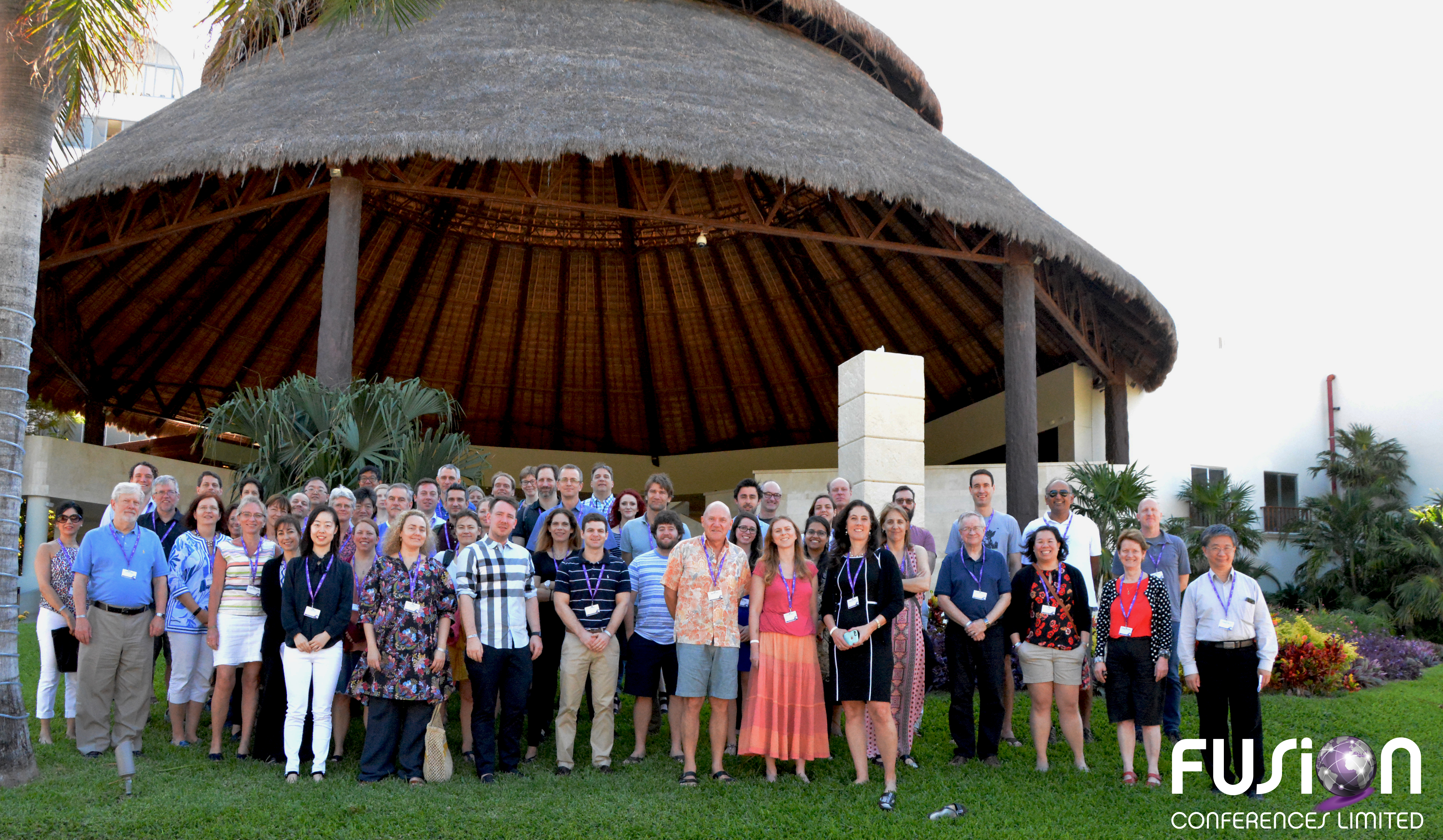 New Roles for Nuclear Receptors in Development, Health and Disease

This new major meeting, focussing on recent breakthroughs and insights in Nuclear Receptor Biology, took place in Cancun, Mexico from Feb 27th to March 2nd 2018. It had a broad remit, to cover how nuclear receptors shape development and contribute to health as well as how their dysfunction and dysregulation can cause disease - and importantly how we can exploit them therapeutically. The attendance reflected this breadth, with scientists and clinicians whose research areas included fertility, oncology, cardiology, endocrinology, ageing, neuroscience, reproduction and metabolism. The meeting was chaired by an international panel consisting of Charlotte Bevan and Simak Ali (Imperial College, London, UK), Karen Knudsen (Sidney Kimmel Cancer Center and University of Philadelphia, USA) and Wayne Tilley (University of Adelaide, Australia).

As the inaugural Fusion Nuclear Receptor meeting, a keynote address, sponsored by Cancer Research UK, was given by the “Father of molecular endocrinology”, Bert O’Malley (Baylor College of Medicine). He gave an overview of the history of the field, encompassing the first work on steroid hormones, the cloning of their receptors, right up to his current exciting work on nuclear receptor cofactors in disease and therapy.

The rest of the meeting divided into relevant subject areas, although inevitably there was a lot of cross-talk and cross-fertilisation between sessions. Day 1 began with a wide-ranging session on “NR in Development, Metabolism and Reproduction”. The first speaker, David Moore (Baylor) gave an authoritative and thought-provoking plenary on how the receptors PPARalpha and FXR act and compete in the liver to regulate liver energy, and later in the session these receptors came up again in Catherine Williamson’s (King’s College, London) talk on metabolic adaptations in gestation and David Volle’s (Clermont) on NR networks in male fertility. Carlie de Vries (Denmark) described how the orphan receptor Nurr77 links inflammatory response and mitochondrial metabolism in macrophages. Ying Zhou (Baylor) discussed Vitamin D receptor regulation of macrophages in the liver and Kendall Nettles (Scripps) described systems biology discovery of new roles for GR in skeletal muscle. Exciting data was also presented on roles of “sex steroid” receptors, AR and ER, in non-reproductive tissue (Muscle and brain) in talks by Frank Claessens (Leuven) and Charlotte Cornil (Liege). The session closed with a fast-paced panel discussion, led ably by the session chairs and involving all the speakers and many of the audience. This set the tone for these panel discussions which were a well-received and a stimulating feature of the meeting as a whole.

Day 2 began with the hot topic of nuclear receptor crosstalk. Three of the talks (Karen Knudsen (Philadelphia), Dan Gioeli (Virginia) and Claire Fletcher (Imperial College discussed the issue of NR crosstalk with DNA damage repair pathways, while Theresa Hickey (Adelaide), Suzanne Conzen (Chicago) and Wilbert Zwart (NKI) dealt with NR-NR crosstalk. Both of these have enormous implications for cancer therapy, and the question of synthetic lethality and how this translates to patients was hotly debated in the panel discussion. The afternoon session went on to Epigenetics & Chromatin Regulation – by and of NRs – and it covered enhancer RNAs (Lee Kraus (UTSW) and Luca Magnani (Imperial)), transfer RNAs (Jessica Finley-Schultz (Colorado)), microRNAs (Charlotte Bevan (Imperial)) and the importance of genomic 3D structure on transcriptional regulation (Yijun Ruan, Jackson Laboratory). The latter topic was picked up again on Day 3 in the session on Structure and Regulation, by Sebastiaan Meijsing (Max Planck Inst). This session also included several speakers on NR structure, (Eric Ortlund (Emory), Eva Estebanez-Perpina (Barcelona) Isabelle Billas (IGBMC), Eric Kalkhoven (Utrecht) and John Schwabe (Leicester). This is a controversial subject on which some disagreements are evident in the field, providing a great deal of discussion. We also heard how mutations alter NR structure and functional, from Geoff Greene (Chicago) and Steffi Osterreich (Pittsburgh).

Session 4, on NR in Non-Malignant Disorders, was kicked off by Philippa Saunders (Edinburgh), an authority on steroids in the female reproductive system, who talks about androgens in the endometrium; endometriosis was also discussed by Sang Jun Han (Baylor) in the context of ERbeta. Toshiya Tanaka (Tokyo) presented interesting work on PPARalpha ligands for non-alcoholic fatty liver disease. Fascinating talks were given by David Ray (Manchester) on nongenomic actions of GR, with implications in development, Susanne Mandrup (Southern Denmark) on differentiation of mesenchymal stem cells, Ines Pineda-Torra (UCL) on Liver X Receptor in metabolic disease and Pamela England with her work on Nurr1 as a potential drug target in Parkinson’s disease

Two poster viewings were held (days 1 and 3) and poster judges were drawn from the speakers: the awards went to 3 early-career researchers who were also well represented in the oral presentations. The attendance at all sessions was close to 100%, typical of the collaborative and collegiate atmosphere at the meeting. Panel discussions were frank and inclusive, and indeed were continued into he social aspects of the meeting, which again illustrated the friendly and inclusive atmosphere. The feeling was overwhelmingly that this was a hugely useful and timely meeting which should be revisited in 2020. The breadth of the programme and speakers was acknowledged to be unique and a positive reason why so many would enthusiastically return, in additional to the opportunities for networking with so many key researchers in an intimate meeting. The venue and professional, friendly and effective organisation by Fusion Conferences were also felt to be major contributing factors to the meeting’s success. The free time in the afternoons, whether with colleagues on arranged tours, or informal activities at the resort, enhanced networking and were greatly appreciated by all attendees.

The meeting was made possible by generous support from Gold sponsors Janssen, Bronze sponsors the Society for reproduction & Fertility and Cancer Research UK, and endorsing partners Society for Endocrinology and Journal of Molecular Endocrinology. 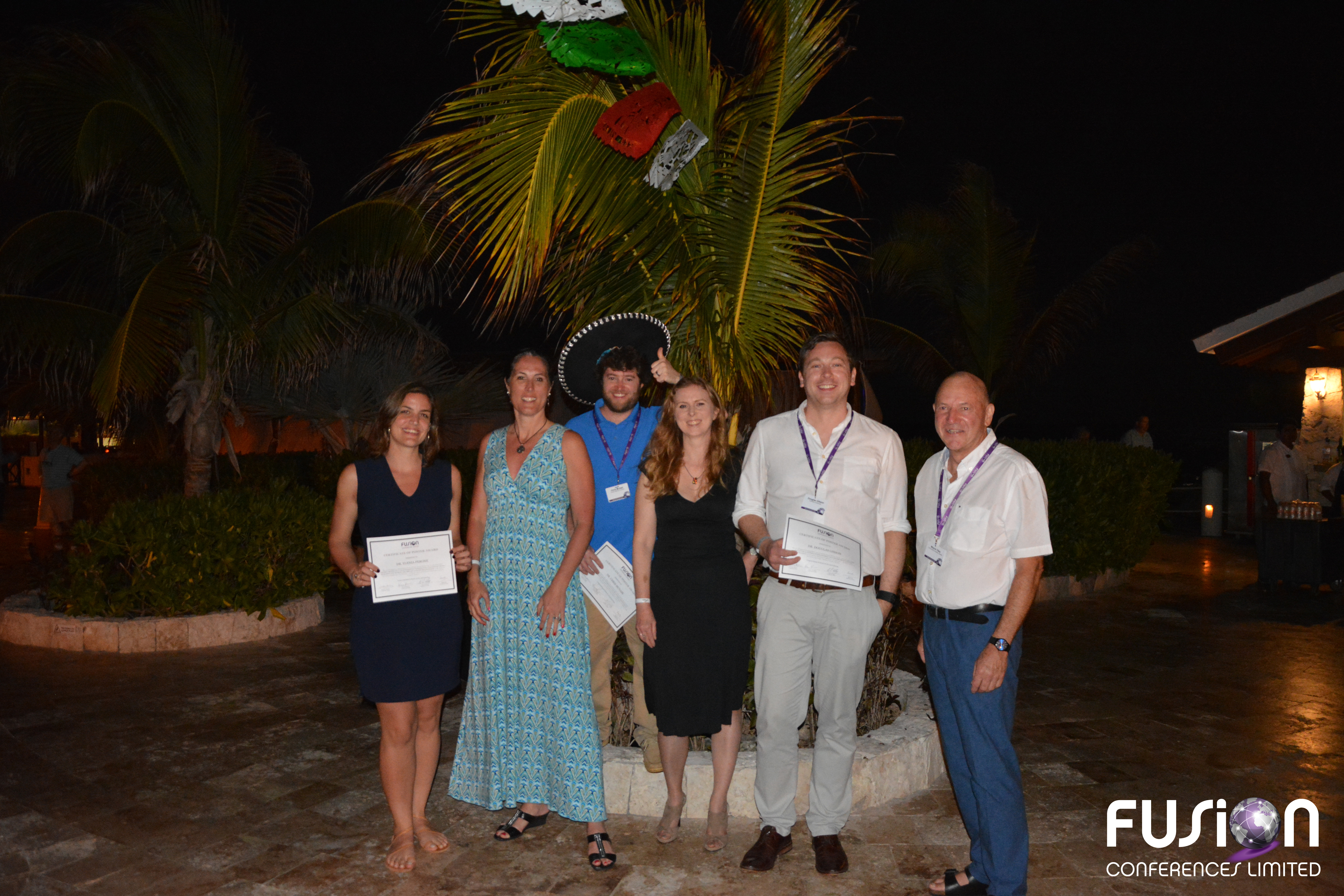 The 2nd Nuclear Receptors Conference is now open for registration. Visit the webpage for further details.

Bridging the Gap Between Basic Science and Unmet Clinical Needs